Eastpackers is looking for creative volunteers who like to organize a festival at an unique place in the heart of the Balkan!

Anibar is an organization founded by a group of young artists who have demonstrated their enthusiasm and vision to promote culture during the last ten editions of the Anibar International Animation Festival while also exhibiting the capacity to organize large scale events. Anibar has invested in capacity building of youth and children through training, workshops, debates, and other activities that will allow all Balkan artists to increase their visibility in international markets.

Anibar has developed its strategic plan for the next several years and has adopted 3 areas of emphasis which include civic education, cultural development and film production. Its current mission within this strategy is to break civic apathy through cultural activism. The balance between the activities of each program allows Anibar to be active throughout the year, continuously delivering the mission of the organization.

Each summer we organize Anibar International Animation Festival where we organize film screenings, masterclasses, presentations, workshops, music concerts, panel discussions etc. Each year we treat different social or political issues as a theme of the festival and we invite a number of European and American animators, directors and filmmakers.

In January 2017, Anibar has been awarded the lease from Municipality of for the next 15 years, which will allow Anibar to revitalize, restore, and functionalize the Cinema Jusuf Gervalla through its development strategy, and organizing film screenings, music concerts, open discussions, presentations and other events. 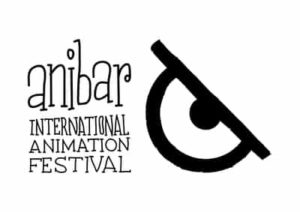 Anibar Animation Academy aims to empower the new generation of animators. Through different modules students learn the basics of digital animation in the program in Pristina and stop-motion animation in Peja, Kosovo.

The volunteer will assist the media and communication officer to ensure the visibility and promotion strategy of the organization is completed. The daily tasks include preparation of media posts for social media, video and photo taking in events that are happening that the cinema throughout the year, press releases and newsletters. Qualifications required are mainly in the field of communication and creative writing in English. Preferable are candidates that have video editing knowledge.

The volunteer should have an interest in art, culture and society and be motivated to develop writing skills, strategic thinking skills, self initiative skills, culture management and project development skills.

The volunteer should have an interest in art, culture and society and be motivated to develop media contents such as short videos and human interest stories, visualization of events, has writing skills, strategic thinking skills and self-initiative skills.

Both volunteers should be between 18-30 years old and willing to learn Albanian.

The pocket money is calculated by the ESC – European Solidarity Corps programme for each country. The unit for Kosovo is € 3/day. In addition, the volunteer will receive € 130/month as food money. Therefore, each month the volunteer will receive around 220 euro together as food and pocket money. Travel costs from/to Kosovo will be covered by the project.

The organization will rent a house near the cinema (around 20-30 mins walking distance), where the volunteers will live.

The housing will be appointed near the office so the volunteer will not need to use local transport. If the activities will require that the volunteer should travel to other cities, that will be covered by the organization.

The working language will be English. The volunteers will receive one hour of Albanian language each week.

The volunteer will work 30-35 days per week, depending on the volume of activities. We expect that our volunteers are flexible, therefore we are also more flexible when it comes to days off. Our volunteers have around 6 weeks off in total for one year.